SAMA ABDULHADI; Putting the Words “DJ” and “Palestine” in the Same Sentence 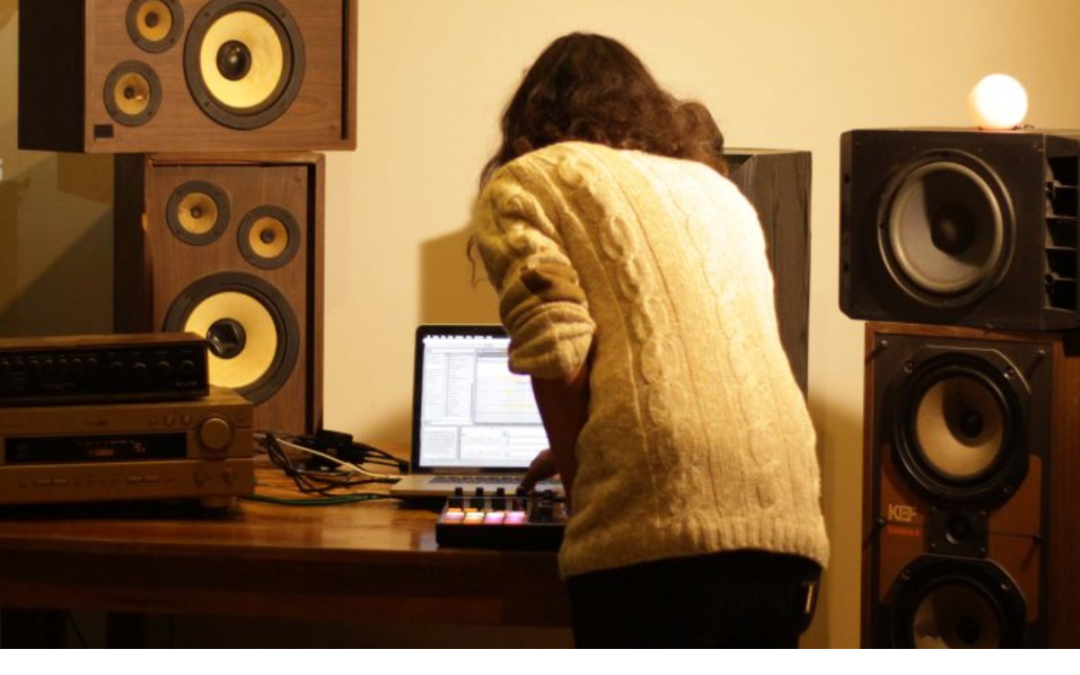 There are so many Palestinians who have incredibly unique and society-testing careers; it’s impossible not to talk about them. On January 13, 2018, BUILDx event, Mix Kalam, hosted an unbelievable icon that made her career visions a successful reality.

Before the interview commenced, the audience was presented with an ‘icebreaker.’ Lama Amr, a member of BuildPalestine explained that every person was to find a partner, demonstrate a negative situation to receive a positive one and vice versa. The crowd was very cooperative, and the whole room was buzzing with productive chatter, flash photography and background music. Once the atmosphere turned comfortably upbeat, everyone humbly took a seat.

The host of the event, Derrar Ghanem, another founder of BuildPalestine, introduced Sama Abdulhadi, previously known as Skywalker: the first Palestinian techno DJ and electronic music producer. He began the interview by asking how she started her journey as a DJ. Sama explained that the first time she went to a party was an unusual yet exciting experience. There was an Asian DJ in Beirut who was using techno music which opened her eyes to a new genre, encouraging her to find her own ‘vibe.

From then on, she began mixing in multiple parties in Ramallah, producing her own music. People wouldn’t relate to her music at first, but once they gave her a chance to shine, the dancefloor was like no other. Sama also mentioned that in the midst of her academic musical studies, she had a professor who was a DJ. He noticed that she was very interested in ‘layering music’ and so he taught her the ropes of DJing since it was not available as a separate course. This helped develop her musical journey as well.

Ghanem then asked her if people would suggest songs in the middle of her parties, an issue DJs confront on a daily basis. A couple of individuals from the audience, presumably DJs, nodded their heads in agreement, confirming the problem. “Some people would ask for me to play Despacito or any other famous music,” Sama explained. “In that situation, I would either have to explain that I don’t have the legal right–or royalty–to use that song, or that they should try warming up to the beat I have to offer. Once I play my music, I find them dancing five minutes later. After all, you can’t judge something without giving it a try.” The artist also stressed on how her job helps give platforms for unknown music that deserves to be heard.

The host asks Sama how she managed to be a sound designer, an audio engineer by day and DJ, music producer by night. “I don’t sleep much,” she laughed before adding that being an artist and producer all at once worked because everything was music. Combining the things she loved, Sama effectively made her career visions come to life. She also gave advice to new, up-coming artists: “Be persistent, because in the end there’s going to be someone who will listen.” In addition, she explained that being a female was never an issue for her because she had family support and good feedback. However being a Palestinian, she mentioned that on a flight to Italy, the flight security asked her what someone from an Arab country would be doing there. When Sama told them she was a DJ going to a party, they were shocked a Palestinian female could have that kind of career.

It’s not every day that you hear about a Palestinian DJ/music producer, let alone female Palestinian artist. People like Sama make a difference by shedding light on new aspects in the Palestinian community. As an elderly woman from the audience said, “I’ve never understood this ‘thumping’ music being the age I am; but once I listened, I quite enjoyed it.” After the interview, Sama gave a sneak-peek of her new music, and the room automatically was filled with head bobbing and leg shaking. Palestinians crave new innovations, and Sama Abdulhadi did exactly that by introducing techno music to Palestine.