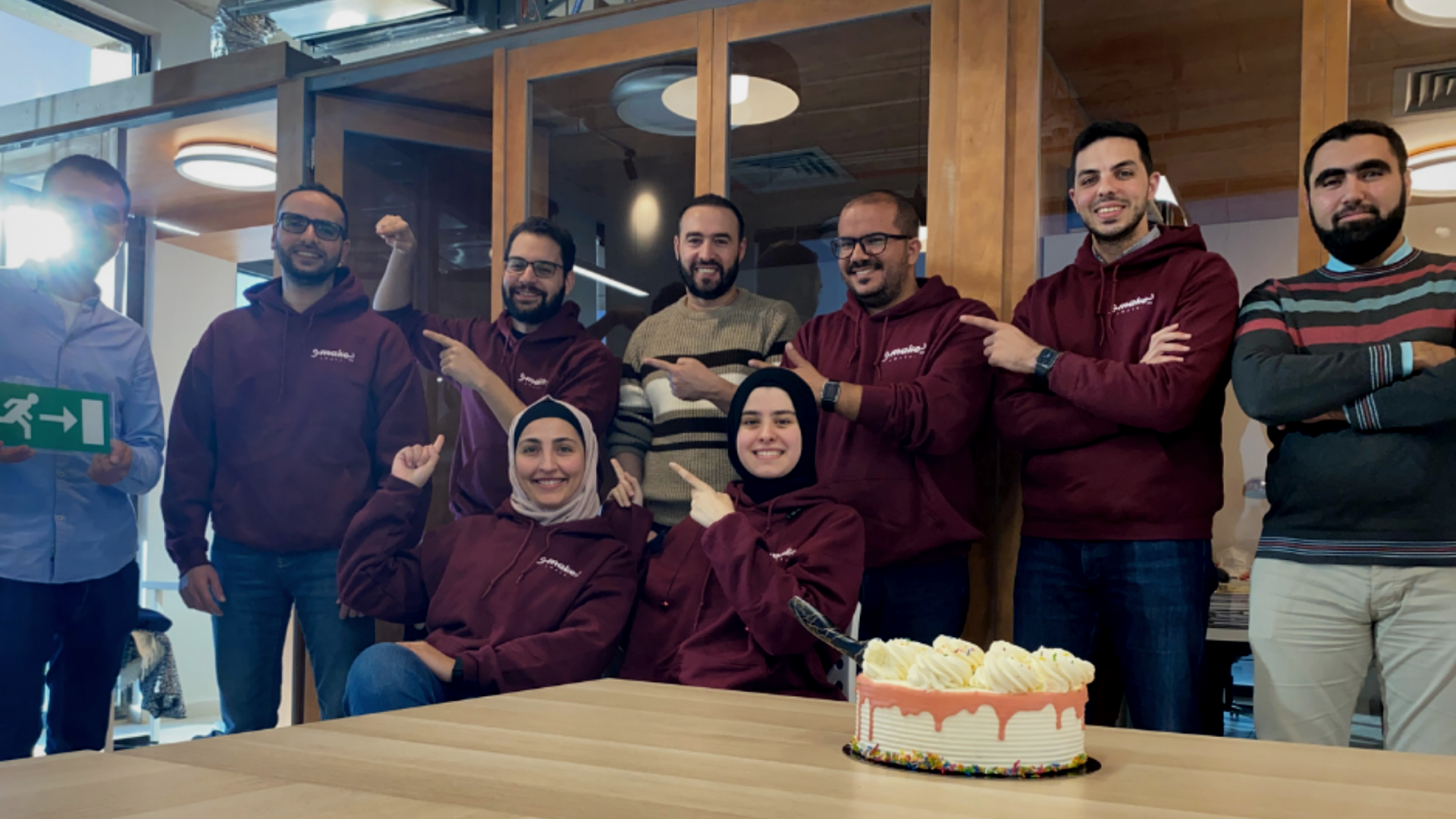 We sat down (via Zoom) with Daoud Ghannam, founder of uMake to talk about the impact of the crowdfunding campaign they ran a little over a year later.

uMake’s crowdfunding campaign concluded in August 2019, and raised over $10,000 USD. At the time, the uMake team was looking to expand their space and operations to accommodate their growing community. uMake had grown to be Ramallah’s leading co-working space, offering the space, services, and network for entrepreneurs in the Ramallah area to grow and thrive.

Overall, uMake had a pleasant crowdfunding experience. On one hand, the campaign helped the uMake team better understand their value in the community, and also served a marketing tool- promoting uMake in outreach efforts. According to Daoud, the campaign was able to give uMake great exposure, and opened them up to new audiences and clients.

The expansion and the move…

Shortly after the campaign ended, uMake was able to expand into the next door office using a portion of the campaign funds. Another part of the campaign donations were allocated towards covering the space’s operational costs during the months that followed.

Shortly after commencing the expansion, the uMake team began to question the decision. Their location at the time was proving to be increasingly inconvenient by the day. The team decided to instead hold off the expansion, and began the quest to find a new location.

To preface the following opinion, it’s important to mention that the BuildPalestine team works from uMake, and we think the older location was top notch. We enjoyed having access to bakeries and restaurants, public transportation, and other amenities. The downtown location was indeed great, but it was also…downtown- in the heart of everything including noise, traffic, and the never-stopping sellers’ sales tapes (if you know, you know!)

The expansion began to prove more challenging especially with the growth of the commercial city center. Daoud and Co. decided to instead expand into another location. In r18etrospect, Daoud believes this was ultimately the right decision, and that the timing had in fact worked in their favor.

Even during and after a three-month lockdown, uMake was able to maintain its community of members. “Our Community is one of the reasons we kept going during difficult times.” commented Daoud. “We go back and see who would be affected if we didn’t exist. This is what brings us back to why we’re here and why we should keep going.”

uMake is, at the end of the day, a service provider- but it goes beyond that. Members are part of what makes uMake what it is. Daoud believes that over time, the bonds between community members definitely grow. “You don’t see the ice that exists between buyer and seller.”

uMake’s vision extends beyond the space and community. The team has been working on added services to support and enable Palestinian entrepreneurs and startups with accessible tools and resources they need to succeed. uMake has also partnered with multiple organizations to provide digital event management services during the past year. If you’ve attended our summit, you know uMake was the superstar team behind the tech and event management in October!

uMake is ever growing, and we’re glad we get to witness that growth first-hand. To learn more about uMake, their new location, and ways to get involved, visit their website here and follow their Facebook and Instagram pages!