Challenges and opportunities for environmental startups in Palestine 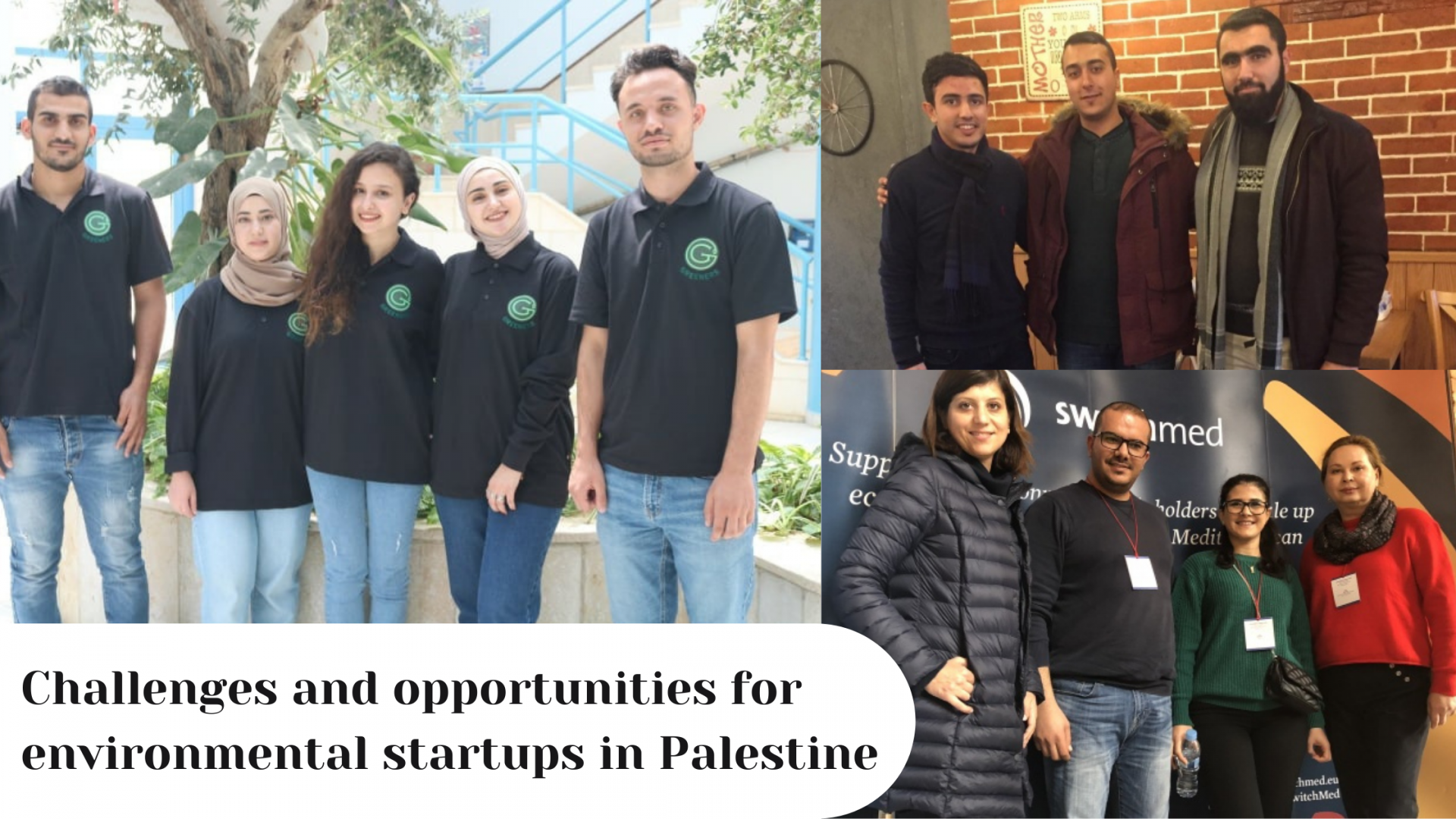 We’re familiar with the dire situation in Gaza when it comes to electricity and power. With only four hours of electricity per day, Palestinians in Gaza rely heavily on single-use batteries. On average, the Strip uses 40,000 batteries every year- most of which end up going to waste.

“In Gaza, we fix everything.  Even if glass breaks, we’ll put it back together. Imagine. From there, I began to think, why don’t we fix batteries?” – Daliaa Abardaweel, founder.

BatterDoctor was founded by Daliaa Abardaweel, fourth year mechatronics student from Gaza. Dalia began her journey at 18 years old and during her first year of university. The device is the first of its kind in Gaza, and in Palestine.

It took us a minute to understand the way the device works, and it took Dalia two years to develop. BatteryDoctor ejects specific frequencies to repair batteries, without having to dissemble. The device extends battery life by 80% on average, saving both money, and environmental waste.

Of course, working in Gaza – the world’s largest open air prison – does not come without challenges. In May of this year, the BatteryDoctor office was bombed, destroying two of their devices. Despite this, Dalia was working throughout the period of bombing to fix batteries of the affected areas.

BatteryDoctor is run entirely by Dalia. The young entrepreneur has also faced personal challenges. Dalia recounts the numerous times she was put down by professors and peers who would tell her that there batteries could not be fixed. We’re glad she’s proved everyone wrong!

Greeners’ journey began with their participation in the Hult Prize in 2020. Lina Zahayka was joined by Noor Dababat, Haytham Sharabati and Tasneem Khamaiseh, who later became co-founders of Greeners. The team was the first in Palestine to win the Hult Prize with their product.

Greeners innovatively reuses carbon dioxide emissions absorbed from the atmosphere and uses them to manufacture environmentally friendly bio-fertilizer. The team also seeks to provide guidance and services to Palestinian farmers on all things related to the agricultural field.

Greeners’ innovative technology reverses the way that fertilizers are produced. Instead of the traditional method which produces massive amounts of CO2, Greeners’ fertilizer absorbs harmful CO2 emissions and uses them to make 10 different kinds of liquid fertilizers that provide nutritional elements for the plants. The reception of the product was excellent. As lina comments “The farmers could not get enough of our product, we had to produce and sell larger quantities right away.”

Greeners have temporarily halted their operations in order to finalize their licencing from the Palestinian Ministry of Agriculture. But expect to see them in the market soon with additional products. The team hopes to be able to saturate (quite literally with their liquid product!) the Palestinian market by 2022, and hope to expand to Jordan, Egypt, and Turkey by 2025.

In a conversation with Lina, she commented: “Being a social entrepreneur in Palestine is quite difficult. Still, I encourage the youth to fight for it, and to not give up. At the end of the day, we’re the ones who are able to create change on the ground, and make Palestine a better place to live in.”

That’s the spirit Lina, power on!

Founded by Baker Bozeyeh, Osama Hnini, and Eyad Arafat, Flowless is a Ramallah-based social enterprise with a mission to contribute to water sustainability by helping water utility companies increase water supply efficiency. The work of Flowless is especially vital in our Palestinian context, where water supply already scarce.

The Flowless team has thus far worked on various projects in Palestine and Jordan, and have installed 12 Flowless units. Flowless hopes to expand well into the MENA region, and globally. “The problems we have in our community are part of our success as an enterprise, and as Palestinians.”

MNJM was founded in 2018 by Yousef and Aya Khatib. The duo invested their personal savings to start the solid waste collection and sorting initiative. What started out as a Facebook community page aimed at raising awareness soon turned into an award winning enterprise working in Ramallah with a mission to expand to Palestine and beyond.

MNJM’s model works through a reward system by which individuals can trade in recyclable materials for points to a wide range of products. So far, MNJM was able to collect and sort through over 540 kilograms of solid waste. The next step for MNJM is developing the first e-shop for recycled materials.

The MNJM team has also faced their fair share of challenges. While they’ve won several international awards with their model, local reception and support, specifically on the governmental side, is lacking.

To learn more and connect with our Impact Network, join our annual summit October 1-2. Register now!