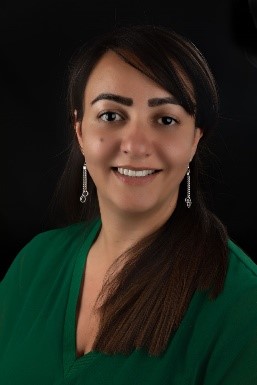 “Impact investing in Palestine and the MENA region”

Panel: Impact investing in Palestine and the MENA region

The goal of this panel to understand impact investing and speak with seasoned  professionals about how to better attract investment and raise funds. How competitive is Palestine today in the global impact investment scene? How can we overcome the bottlenecks? Can COVID-19 promote regional economic integration and collaboration regardless of the political differences?

Yara Asad is the Private Sector Development-B2B and Matchmaking Consultant at the World Bank’s Refugee Investment and Matchmaking Platform since October 2019. Under this role, Yara aims to build on her previous experiences by offering more hands-on support to grow the private sector in Jordan with the goal of creating income opportunities for refugees. This role also entails keeping track of policy challenges that impact private sector growth in Jordan and employment opportunity for refugees and their host community.

Prior to that Yara served as the Project Manager and Research Lead at Building Markets-a NY based NGO that aims to build the supply chain for Small and Medium size businesses (SMEs) in crisis affected countries. Under this role, Yara established Building Market’s Jordan office, recruited the needed talent, and led efforts to interview and collect 180 data points from 350 SMEs that are Jordanian, refugee and migrant led. The result of this work can be seen as a supply chain network that includes 350 Jordan based companies profiled and whose information can be found on Building Markets Entrepreneurs platform while findings from the interviews and surveys which detail the trends, socio-economic and political challenges as well as opportunities faced by refugees and migrants were published on June 2019: Another Side to the StoryJordan. This role focused on evaluating opportunities for refugees and migrants and articulating the untold economic impact of refugees and migrants on host countries.

Since 2017, Yara assumed different consulting positions that focused on SMEs development in the MENA region. Between 2015-2017, Yara worked as a Lead Middle East and North Africa Researcher and Policy Analyst at Wolfensohn and Company. She led a project to study trends and analyze the future of the MENA under the supervision of Mr. James Wolfensohn-former president to the World Bank. Previously, Yara’s work focused on strategic private sector development. She was the Director General for the International Chamber of Commerce (ICC) in Palestine from January 2011- December 2014, a venture through which she focused on promoting regional and international trade relations. Parallel to that, Yara was the Chief Executive Officer of the Jerusalem Arbitration Centre. An initiative that aims to create a mechanism for Palestinian and Israeli businesses to resolve commercial disputes via arbitration.

Yara holds a Master of Public Administration (MPA) from Harvard Kennedy School of Government and is an Edward Mason Fellow of Public Policy.